What Happened to Brandon Swanson? 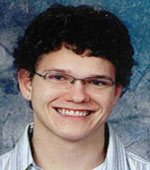 The following analysis by Rebecca Klein, senior psychology major at the College of Saint Benedict in St. Joseph, Minn., was prepared in fall 2010 as part of a senior research project titled “Brandon Swanson: Missing Without a Trace,” submitted in partial fulfillment of the requirements for the capstone course “Psychology Seminar on Personality Assessment in Criminal and Political Psychology” by Aubrey Immelman, Ph.D.

During the early morning hours of May 14, 2008, 19-year-old Brandon Swanson disappeared under mysterious circumstances from a rural area northeast of Marshall in southwestern Minnesota. Numerous searches have been conducted of the area and bodies of water surrounding the location where Brandon’s car was found. After nearly three years, those searches have yet to find any physical evidence of what may have happened to Brandon. With no body and very little evidence, it is impossible to know what happened to Brandon, leaving every possibility open for speculation. 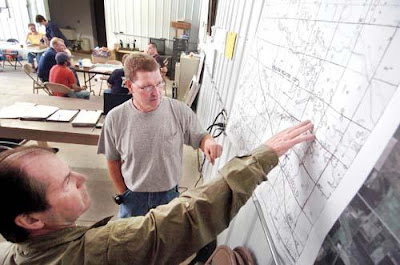 May 13, 2008 marked the last day of classes at Minnesota West Community and Technical College in Canby, Minn., where Brandon Swanson was enrolled in the wind turbine program. That evening Brandon was at a friend’s house in Lynd, Minn., celebrating and consuming alcoholic beverages, but not in excess. Shortly after midnight on May 14 Brandon left Lynd to head back to his parents’ home in Marshall, where he lived. Around 12:30 a.m. Brandon’s car went into the roadside ditch and he placed a call to his parents, Brian and Annette Swanson, asking them to pick him up. Brandon described his location as being on a rural road outside Lynd about 10 miles from his parents’ home. Brian and Annette stayed on the phone with their son while driving to pick him up. They later reported that Brandon seemed certain of his whereabouts and did not seem too disoriented (Divine, 2010; Weed, 2010).

When Brian and Annette arrived at the location described by Brandon, neither Brandon nor his car was there. Brian began flashing the lights of his pickup truck and instructed Brandon to do the same. Neither party was able to see the other’s flashing lights and because of mounting frustration an argument ensued. Brandon hung up on his mother and when she called him back to apologize he told his parents he was walking to Lynd and would wait for them at his friend’s home. Brian then drove Annette back home to Marshall so she could go to bed and then drove back towards Lynd to pick up his son. Once again, Brain remained on the line with Brandon, who was walking towards town; this call began at 2:23 a.m. and would be the last contact between father and son. During the conversation, Brandon described his surroundings to his father, at one point stating he was walking along a fence line and could see the lights of town in the distance. At 3:10 a.m. Brandon shouted an expletive and the call ended abruptly. Brian attempted to call his son back several times but Brandon never answered again (Divine, 2010; Weed, 2010).

The Swansons then contacted Brandon’s friends and they searched the surrounding rural areas for any signs of Brandon. The early morning search turned up nothing and at 6:30 a.m. on May 14 Annette Swanson contacted the Lyon County Sheriff’s Department for assistance. At first, the authorities were reluctant to search because Brandon was legally an adult and they pointed out to that it was not unusual for a 19-year-old to stay out all night. The authorities joined the search later that morning after realizing the seriousness of the situation (Chang, 2008; Weed, 2010).

On the afternoon of May 14, authorities located Brandon’s Chevy Lumina by tracing his cell phone calls to a tower northwest of Marshall. Brandon’s vehicle was found in a rural area on the side of a field approach, near the Lyon and Lincoln County lines, about one and a half mile north of Highway 68. Lyon County Sheriff Jeff Vizecky described the car as on “sort of a sharp incline, nothing major but enough that the car would get hung up so the wheels are too high off the ground to get any traction” (Weed, 2010, p. 2). Brandon’s vehicle was located approximately 25 miles from Lynd, the town he erroneously thought he was outside of. Instead, Brandon was in the outskirts of the small towns Taunton and Porter, Minn., located about 20 miles northwest of Marshall; Lynd is about 10 miles south of Marshall (Weed, 2010; “The Search for Brandon” blog).

No alcohol or illegal drugs were found in the vehicle. Nothing unusual was found in or around the vehicle; there was no significant trace evidence, no signs of blood, and no indication of a struggle. Unfortunately, authorities were unable to find footprints to indicate in which direction Brandon ventured on foot (Brunswick, 2009; Weed, 2010).

After Brandon’s car was located, the Lyon County Sheriff’s Department sought the help of search dogs. The dogs led authorities to the banks of the Yellow Medicine River, which at the time of the disappearance was high and flowing fast. The Yellow Medicine River is knee-deep in some areas and up to 15 feet deep in others (Weed, 2010, p. 2). Because it was assumed Brandon had fallen into the river, the search focused around the Yellow Medicine River and the surrounding area. However, this area has now been ruled out because if Brandon did fall into the river his body would have been washed downriver and eventually found (“The Search for Brandon” blog). Search photo from the weekend of June 8, 2008 (Photo: “The Search for Brandon Swanson” blog)

In the early weeks of the search in May and June 2008, land and air searches were conducted both by community volunteers and individuals from professional search organizations, but with no luck. Numerous searches have been conducted since then, primarily relying on the time and effort of local volunteers. The most recent major search effort was conducted August 7-8, 2010. Current searches are focusing on a specific area of Mud Creek, which is also located in the vicinity where Brandon’s car was found. The focus of the search moved to this area after bloodhounds led searchers there in March 2010. The professional search manager on the case, Jeff Hasse, who writes the blog titled “The Search for Brandon Swanson,” updates the blog with information on the search and believes Brandon’s remains will be found in time. Cadaver dogs have indicated a scent in the area, which is evidence enough, Hasse stated, for the search to continue (“The Search for Brandon” blog). When an individual dies and the cause of death is unknown or uncertain, investigators employ the psychological autopsy, or equivocal death analysis. Using the elements of the psychological autopsy, Brandon’s disappearance was analyzed using an “equivocal missing person analysis” (Seifert & Immelman, 2007) in order to explore possible explanations of Brandon’s mysterious disappearance.

Although it is possible that Brandon disappeared of his own accord and is alive and well, living in another location — perhaps under an alias — this scenario is extremely unlikely; there is no evidence that Brandon was planning his disappearance and it takes a high level of sophistication to plot your own disappearance and relocation. It has also been nearly three years since Brandon went missing and for a fraud of this nature to last that long without detection is unlikely. It should also be considered that Brandon was on the phone with his father while attempting to walk towards a location so his father could pick him up — hardly the behavior of someone staging his own disappearance (Seifert & Immelman, 2007).

A mental breakdown does not seem like a plausible cause of Brandon’s disappearance, although it cannot be ruled out entirely. Family and friends indicated that Brandon had always been a high-functioning and emotionally stable individual and for his whereabouts not to be discovered for nearly three years makes the mental breakdown explanation highly unlikely.

Authorities immediately assumed that Brandon had fallen into the Yellow Medicine River. After two years and innumerable searches of the river it is highly implausible Brandon drowned in the river, because his body likely would have surfaced by now. The present search is now focusing on another body of water in the area, Mud Creek. The same argument holds true for Mud Creek, so it would be a mistake to focus all of the search efforts on that location.

It is also not likely Brandon drowned because it was reported that until May 16, 2008 Brandon’s cell phone remained turned on. His phone was thought to have been on for two days after his disappearance because every call made to the phone after his disappeared resulted in several rings and then a voicemail recording. When a cell phone is off or when it is damaged — for example, as the result of being submerged under water — incoming calls go directly to voicemail, either with no rings or just one ring. How could Brandon’s phone still be on for two days after he disappeared if Brandon did indeed drown? It is possible that he abruptly hung up the phone while falling into the river, with the phone slipping out of his hand and falling onto dry land; however, the phone has not been recovered and one can only speculate.

It has also been postulated that Brandon may have sought shelter in a farmer’s outbuilding and perished there. However, the probability of the building’s owner not finding Brandon’s remains after two years is unlikely. The temperature the night Brandon disappeared was around 40 degrees Fahrenheit with light winds — hardly conditions under which one would perish of exposure within a matter of hours. Another possibility is that Brandon could have fallen into a hole or a type of naturally occurring trench encountered while walking in the dark, but if that were the case it would be odd that after nearly three years of extensive searching nothing has been found (“The Search for Brandon” blog).

Suicide is the least plausible scenario because “it is highly unusual for suicide victims to take measures that would prevent or delay the discovery of their remains” (Seifert & Immelman, 2007). If suicide were the case Brandon’s body would have been discovered rather quickly. Brandon did not have a history of emotional instability, nor did he show any signs leading up to his disappearance that he was suicidal or depressed. He also placed phone calls to his parents to pick him up, which is not be the behavior of someone planning to take his own life.

There are no known personal, economic, or social motives that plausibly may have driven someone to murder Brandon; however, there are individuals who murder strangers because of a deep-seated — usually sexual — fantasy. Because Brandon’s fate is still unknown, it can be speculated that he was taken by an offender, murdered, and disposed of so his remains would not be found. The likelihood that an offender — especially one with homicidal fantasies — happened to be driving in rural Minnesota at 3 a.m. on the same road Brandon was on is remote, but still needs to be considered.

Another possibility is that this could be a case of vehicular homicide. An individual may have been driving home intoxicated and accidentally hit Brandon. Gravel rural roads are not illuminated with street lights and visibility is poor. It is possible a possible hit-and-run driver panicked and in fear of going to prison took and disposed of Brandon’s body to avoid detection.

Immelman, A. (2004, November 9). All possibilities should be investigated in Guimond case. The Record. Retrieved December 13, 2010, from http://www.immelman.us/news/missing-person-joshua-guimond.